‘The proposal for a vastly pumped up scheme for the conversion of the old GPO sorting office on New Oxford Street has been approved by Camden Council. This was a grim decision as the proposal causes great harm to the conservation area – in particular the view down Museum Street from the British Museum (lined with almost entirely listed buildings) and also by restricting the iconic view of the steeple of Hawksmoor’s grade one listed St. George’s Bloomsbury. Nor does the scheme provide the hoped for social program but instead will give yet more office space and some less-than-ideal affordable housing (even though the planning brief for the site called for an aspirational program with a local and community emphasis).

The BCAAC strongly opposed the proposal. Our statement of objection is below along with before and after views showing the devastating effect of this inappropriate scheme on local views. It is a missed opportunity and Bloomsbury deserved better. The recommendation of the scheme for approval by the Camden officers can only be seen as perverse. 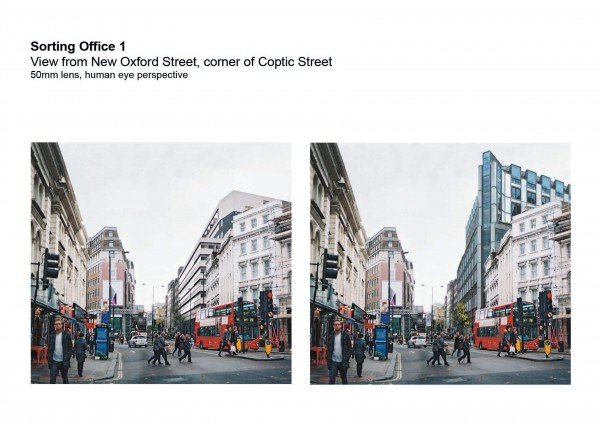