This is relatively minor case but one that illustrates an important principle.

An application for work to the hotel at 31-32 Argyle Square was recently approved by the council. The local residents association ‘The Friends of Argyle Square’ were anticipating that the two unsuitable glazed front doors would be replaced by a historically correct solid doors following the pattern of the originals remaining in the remainder of the terrace. This was considered by them to be one of the ‘plusses’ in the balance of the application as a whole. It was shown on the application drawings and was confirmed verbally and in writing by the developers.

The work to the hotel has now been completed and – to everyone’s surprise – the existing doors have been merely repainted. It turns out that the council is powerless to enforce that they should be changed to conform with the application drawings since their replacement was not a ‘condition’ of the granting of permission. Instead, by showing them restored on the planning drawings, the owners merely sought permission to change the doors back to the original pattern ‘if they so wished’. Given the commercial advantage to a hotel of a glazed door, it is no surprise that the owners have not taken the opportunity to restore the original solid doors.

The lesson to be learnt here is that, in judging the overall balance of positives and negatives in an application, it must be clear that any perceived positive changes or restitution of original features are strictly conditioned as part of a permission if one is to be granted. Otherwise the system is likely to be taken advantage of and consultees duped into believing the proposals will deliver advantages which a developer is not actually obliged to undertake. 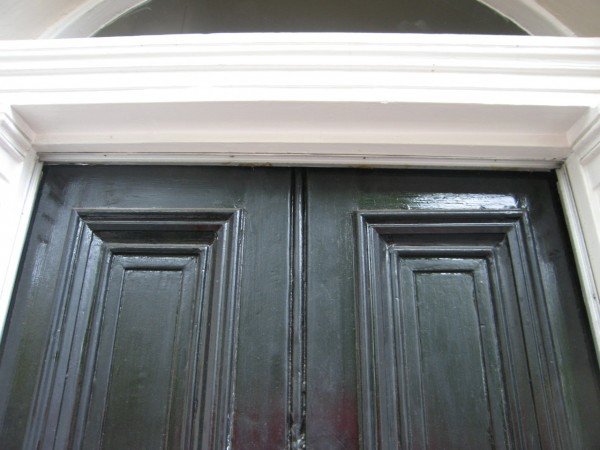 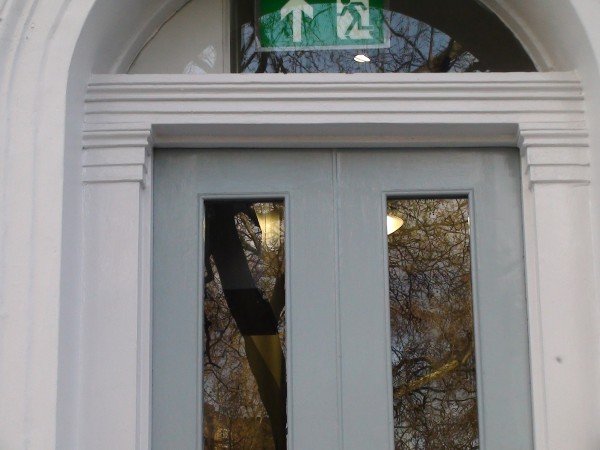 The doors as they have been retained at No.31